Welcome guys and I hope girls, to my reply to Crazy Kinux's latest blog banter, this time round he is asking a interesting question -

"What could CCP Games do to attract and maintain a higher percentage of women to the game. Will Incarna do the trick? Can anything else be done in the mean time? Can we the players do our part to share the game we love with our counterparts, with our sisters or daughters, with the Ladies in our lives? What could be added to the game to make it more attractive to them? Should anything be changed? Is the game at fault, or its player base to blame?"

I thought for a long time about how to answer this...well half an hour at least, and decided the only way to answer the question properly was to explain how I got to my conclusion.

First off I decided to draw on my best frame of referance for female gaming..my good wife, Now although I have said meny times how she will not join me in my EVE addiction that is not to say she isnt a gamer herself, infact if you were to compare gammer score on the Xbox she is a few thousend points ahead, she is relentless in her quest for gamer points, BUT only if she likes the game..

I tried very early in our courting day's to get my wife to play Oblivion (Eldar scrolls) with limited sucsess, she REALLY enjoyed the creation of the charecter but hated the missions because things "jumped out at her".

On the flip side I have seen her play games like "Viva Piniata 1+2" and "the Sims (all of em)" as if they were crack.. and looking through her collection of games for her PC, they all follow a pattern, Building.
While I and meny other Male gamers take our delight in making things explode or die, In my opinion female gamers (in general), take far more delight in the creation of life.
I Cant Help but think this must be related to urges deep in our behavior..going back to the beginings of man. We have on some level retained the basic urge to fight and destroy to prove our dominance, we hunger kills to feed our kin!
Women will fight to defend what's their's but are far less agressive (again in general) and seem to delight in creating empires and building and taking care of those in need, with a mothering instinct instead of a killer's instinct.

I have come to realise my failure to attract my wife, and maybe CCP's failure to attract more women to the game is the focus on combat, my wife see's me sitting there blowing up rat's (and occasionaly being podded by someone at a bubble camp) and has 0% intrest, however if she saw me interacting with planets in a simcity type way, or being able to stimulate her "nesting" urges with a apartment in a station that we are able to customize? tht may grab her attention long enough to get her interested in the larger eve world..
Perhaps with incarna and being able to relate to a more familar avatar that you are able to dress up as you see fit will amuse her.

To answer Mr kinux's question, I think CCP are going the right way about attracting more female gamers although it will be a gradual process, once tyranis hits, if they can build on the social side and the building side of the game to make it more accesable to newer players and bring incarna to the table with all the customisation options that brings they will be well on there way to content that will amuse and keep a much larger female fan base.
Of course advertising will play a large part, and if those of us already playing were to make more of an effort to get the girls involved once these expansions arrive we will see the player base grow.

IF CCP really wanted to encourage a growth spurt of female's they could maybe advertise in female driven magazines, with Ad's aimed at the girls.
Or maybe offer double the reward for buddy code sign up's IF its a girl, you get 60 days free if you talk a girl into joining (although im not sure how on earth you could varify it). A third option would be game specific advertising..how meny girls would be playing Eve now if a free trial pack had been shiped with every coppy of the sim's? I'd bet a LOT. If CCP could negotiate some deal where a prominet female oriented game is shiped with a Promo code you may see numbers soar.

Well thats my 2 cents anyway...a bit of a ramble but on a topic this large there is no set answer. i will be linking all the relevent banter posts to this post as they are submitted, any feedback is always welcome.
**EDITED**

Some links to the other entries i have read so far.. 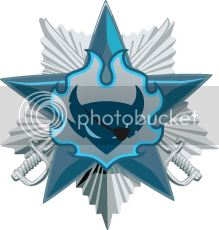 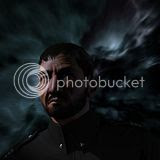